Home Scrapbook Old Hussmann facility may be converted into warehouse 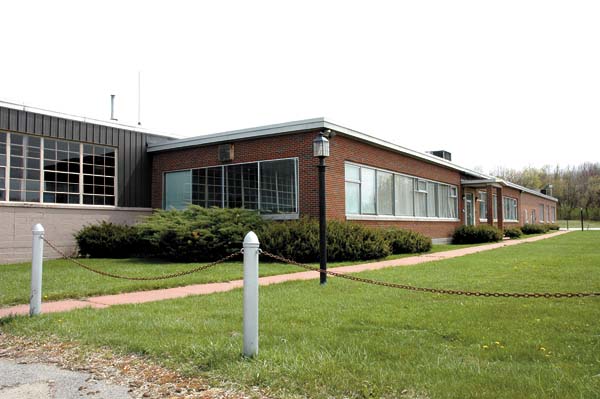 The Mayfield-based realty firm is seeking a special permit for the warehouse facility through the town of Johnstown Planning Board.

The Fulton County Planning Board on Tuesday reviewed the permit, deciding to remain neutral, seeing no regional impact for the project. County Senior Planner Sean Geraghty told the county board owner Fred Olbrych would like to reuse the former Hussmann facility.

Occasionally, there will be one warehousing operation on Saturdays, he said. Hussmann, a refrigerator parts manufacturer, announced in December 2008 it would move its Gloversville operations to a pre-existing facility in Monterrey, Mexico. The move left 90 people out of work. Hussmann had been operating in the area for about 50 years. The last of the employees  were laid off in June 2009.

Geraghty said the Beech-Nut Nutrition Corp. is among Olbrych’s clients. Locally, the Hero Beech-Nut plant is located at the Florida Business Park off Route 5S in the town of Florida. The Fulton County Planning Board inquired whether there might be a traffic problem, but in the end it didn’t point to anything specific and stayed neutral. It was noted the Fulton County Rail Trail passes by the plant.

Geraghty said Olbrych’s vehicles generally won’t use Route 349. “I think they ask their own trucks to use Route 30A,” he said. He said the estimate is the warehousing operation will handle 30 to 35 trucks per day. Generally, he said, Olbrych Realty estimates 15 to 20 trucks on the first shift, 10 to 15 trucks on the second shift, and fewer trucks overnight. Michael Anich covers Johnstown and Fulton County news. He can be reached at johnstown@leaderherald.com.

© Copyright 2012 The Leader Herald. All rights reserved. This material may not be published, broadcast, rewritten or redistributed.

How can we help you?

If you'd like to discover more about our company or our portfolio of services, you can find the right contact person here.